This tiny bustling port is all narrow streets, fishing boats and charm. Take a stroll and discover great little places to eat, drink, shop and stay around every corner

Where to stay in Fowey

Daphne du Maurier and Kenneth Grahame took literary inspiration from the tranquil beauty of the Fowey Estuary and it’s easy to see why. Taking time out to observe bobbing boats and waddling wildlife is a delightfully slothful way to idle away a weekend.

A stay at The Old Quay House Hotel will get you as close to this relaxed river action as you can get on terra firma. The whitewashed Victorian building has 13 bedrooms spread over three floors. Most look out over the estuary, so you can lie in bed and sip your first coffee of the day while watching boats drift by.

The hotel’s restaurant leads to a sun terrace jutting over the water and makes for a stunning destination in which to enjoy head chef Richard Massey‘s contemporary Cornish cuisine.

Those wishing to take in the sights from a higher vantage point might consider a stay at Fowey Harbour Hotel, a five-minute stroll from the town’s charmingly narrow streets and a pebble’s skim from the beach. Towering over the coastline, the strikingly handsome Victorian building has 37 coastal-inspired rooms to complement the astonishing views.

Kenneth Grahame was a frequent visitor to Fowey Hall and many believe the clifftop mansion to have been the inspiration for Toad Hall in The Wind in the Willows. The family-friendly hotel now sparks a love of books in the next generation of potential authors.

Children are encouraged to have adventures in the grounds, play vintage arcade games and raid its treasure-trove library. Grownups, meanwhile, get to relax in the hot tub, sip cocktails and dine by candlelight. With 90 minutes free childcare each day, there’s ample time to chill out in the spa, stroll the grounds, sink into a sofa with a good book and enjoy estuary views.

Where to eat in Fowey

Fowey has attracted its share of culinary big hitters in recent years, including the 2019 opening of Fitzroy. Chef David Gingell and restaurateur Jeremie Cometto (the duo behind trendy north London spots Jolene and Westerns Laundry) acted on a whim to turn the town’s former bank into a fashionable destination for produce-focused dining. The menu of smart plates includes the likes of Fowey-landed lobster with new potatoes and garlic butter, and dayboat monkfish cooked on a wood-fi red grill and served with local asparagus and butter sauce.

In March 2020, Andy and Lyndsey Appleton relocated their Trevibban Mill restaurant to the town. Andy, a former head chef at Fifteen Cornwall, had already built up a sizeable fanbase for his rustic Italian dishes with a Cornish twist. Diners visit Appleton’s to chow down on the likes of squid-ink linguine with local crab, courgette, chilli and anchovy pangrattato. A Negroni aperitivo is another must-try house speciality – there are almost a dozen on the menu to choose from.

The hipster sister to Fitzroy is North Street Kitchen, an open-fronted shack overlooking the River Fowey. Lunch in this rustic venue is characterised by a blackboard menu, open kitchen, small plates with a seafood slant and a service mantra of ‘the dishes will wing their way over when they’re ready’. Briny fresh air sharpens the appetite for the likes of pickled anchovies, smoked cod’s roe and gem lettuce.

Alongside newcomers, the town is home to much loved seafood institution Sam’s. The green-fronted restaurant and cocktail bar has long had a reputation for a menu brimming with fish and seafood. The fresh-as-can-be catch is landed by its own dayboat at nearby Polkerris, where you’ll find sister restaurant Sam’s on the Beach.

Take a detour along the town’s esplanade and you’ll stumble across Pintxo, a tucked-away tapas and sherry bar flanked by towering townhouses. With its relaxed vibe, outside tables and just-rock-up policy, it’s a find for a lunch of Valencia rosemary almonds, Artemonte partridge pâté, pickled bittersweet figs, sourdough and Spanish charcuterie.

For casual eats, keep your eyes peeled for Captain Hank’s Crab & Snack Shack, a vintage Citroën H van on the water’s edge where you can avail yourself of monkfish flatbread with chermoula, curried yogurt and pickled chillies. Or pop into Bufala, which specialises in Roman-style pizza, burrata and Italian wines.

Where to drink in Fowey

Whatever your drinks order, Fowey has somewhere special to imbibe it. Discerning caffeine fans pop into Brown Sugar Cafe on South Street to sip single-origin Yallah coffee, roasted along the coast in Falmouth. Tea lovers, meanwhile, might make a beeline for The Dwelling House, a former Georgian merchant’s house. It’s also a delightful rendezvous spot for wine and cocktails.

The Ship Inn, dating back to 1570, is the town’s oldest pub and the higgledy-piggledy building has plenty of nooks and crannies in which to sink local ales.

In 2021, Wadebridge distillery Tarquin’s opened a tasting room in the town for those wanting to sample its award-winning Cornish craft gins, including Cornish Dry Gin (double gold medal winner at this year’s San Francisco World Spirits Competition). The team are on hand to guide you through their bounty of bottles including a new limited-edition: Pink Lemon, Pink Grapefruit and Pink Peppercorn Gin. Expect a beautiful rosé blush, bursting with juicy citrus and exotic spice.

Designated drivers might want to pop into Shipmates of Fowey to pick up a cheeky tipple to quaff at home. The off-licence sells a great selection of local spirits, including its own Shipmates of Fowey Gin, as well as a legion of Cornish wines, ales and ciders.

Where to shop in Fowey

A pootle around the pretty estuary town necessitates popping in and out of its many attractive art galleries, homeware shops and antique dens. It’s easy to lose track of time in the county’s largest Brocante shop (the Cornish chain sells beautiful gifts for the home) which has four themed rooms upstairs.

Those of a foodie persuasion will want to add family-run butchers and delicatessen Kittows of Fowey to their agenda. As well as selling meat reared from its pedigree cattle in Kilhallon, the shop is also a mecca for bakes, fresh fish, dressed Cornish crab, homemade fish pâté, a dairy counter festooned with cheeses and baskets overflowing with local fruit and veg.

Your next stop is Quay Bakery for springy sourdough, olive-studded focaccia, crispy rosemary and walnut boule, golden-hued saffron buns and the most enticing selection of cakes imaginable. Everything is made on-site from scratch, including the mammoth pasties which come fresh from the oven each morning.

And don’t miss the tiny Fowey Sweet Shop on Fore Street where you’ll discover exquisite slabs of fudge, with flavours such as Death by White Chocolate and Cream Tea. 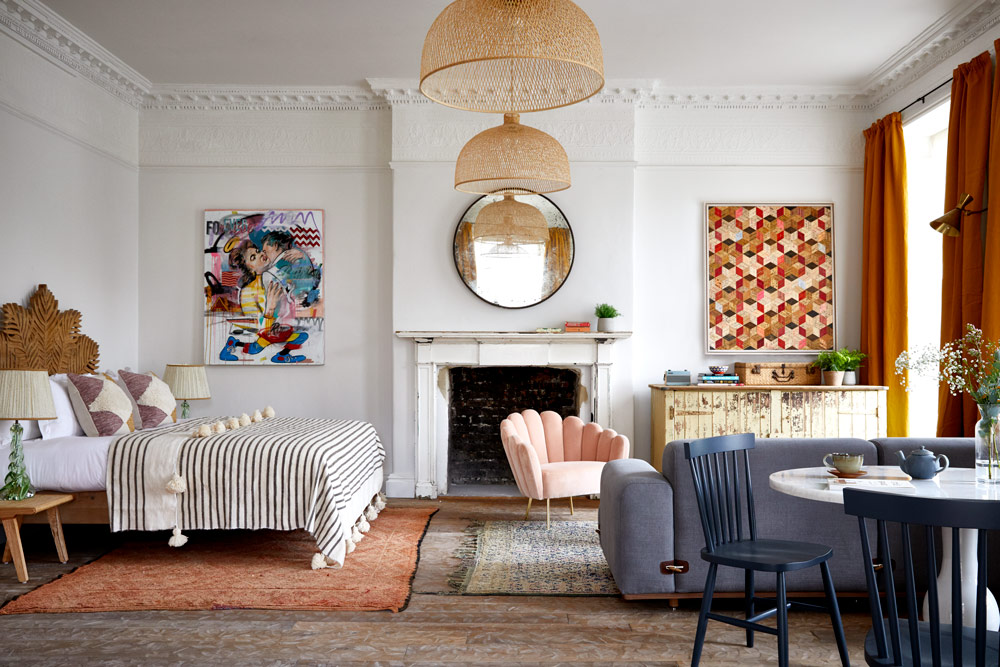