Seclusion may be in short supply on Cornwall’s popular south coast, yet it’s abundant at Hotel Meudon thanks to its just-off-the-tourist-trail location, nine acres of subtropical gardens and private cove

Great seafood, amazing scenery and miles of coast path to explore; it’s little wonder Cornwall is often overwhelmed by tourists in summer. However, if you know where to look, you’ll find pockets of gorgeous coastline that offer all the spoils without the madding crowds – Hotel Meudon is one of them.

A few miles along the South West Coast Path from Falmouth, the hotel and restaurant is set back from the lapping Atlantic in lush exotic gardens. Maenporth and Swanpool beaches are an easy walk from the hotel but, if you’re visiting to make the most of its serene setting, the quiet cove at the bottom of the garden is the best spot for crystal clear bathing waters and soft white sand.

Since reopening under new ownership in spring 2021, Hotel Meudon has clocked up an enviable collection of awards. In less than a year, it’s scooped two Taste of the West gongs (one for the hotel, the other for Restaurant Meudon) and a Silver in the Cornwall Tourism Awards’ Restaurant of the Year category.

Head chef Darren Kerley was born in Cornwall and worked under Marco Pierre White and Raymond Blanc – among other chef heavyweights – before he returned to his home county to cook at Restaurant Meudon. He draws on his classical training to creative nouvelle-cuisine inspired menus which showcase the best of the local larder.

Given its location, it’s no surprise that fish and seafood dominate the dinner menu. Local delicacies such as crab, sea bass, monkfish and hake are caught off the Cornish coast before daybreak and on ice in the Restaurant Meudon kitchen by lunch.

We started with sweet Newlyn crab in a light lemon and chive dressing, packaged in parcels of paper-thin saffron-infused kohlrabi and served with sun-kissed cherry tomatoes and a leaf-green mint emulsion. Not wanting to turn down the offer of morning-fresh fish, our main course featured pan-fried sea bass in a velvety velouté, studded with pickled cockles and salty spears of samphire.

Make a pre-dinner appointment at Freddie’s Bar to sample a cocktail or two from the impressive list. Its ox-blood walls and ceiling, old-gold furnishings and soft lighting make a sumptuous setting in which to sip a Rumble in the Jungle (aged rum, sparkling wine and blue pea tea) or indulge in a Honey Badger (chilli-infused vodka, passion fruit liqueur and honey) cocktail. 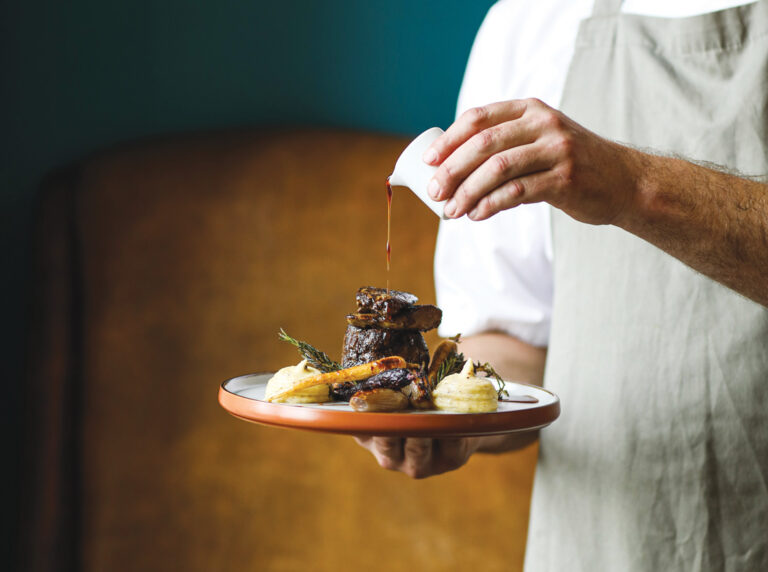 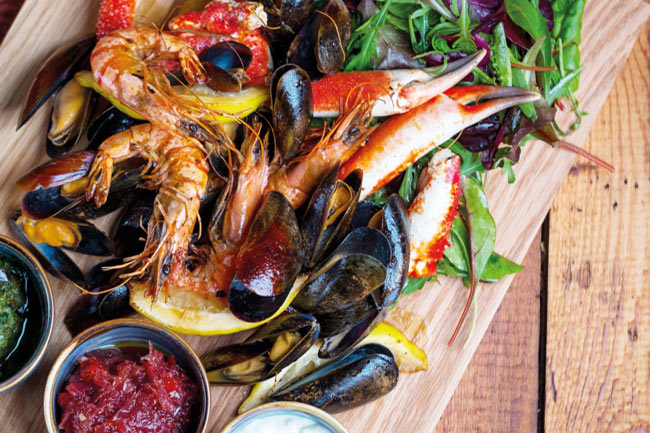 Polurrian on the Lizard, Cornwall 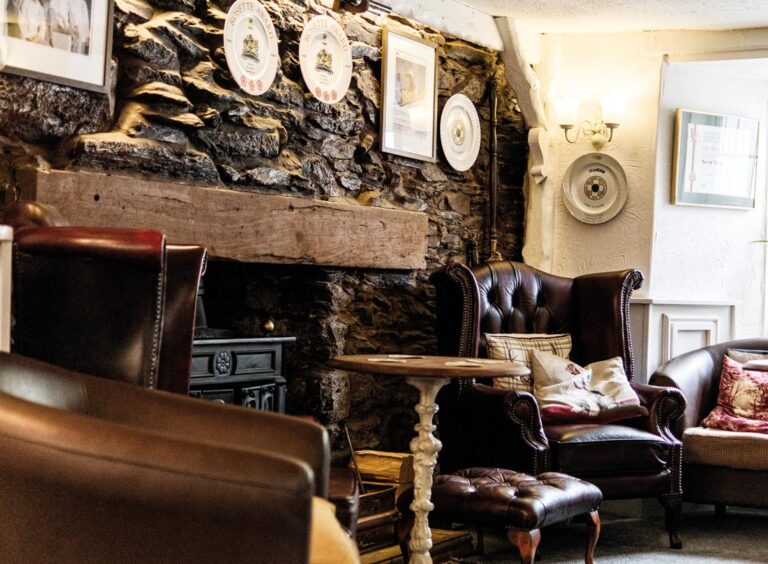 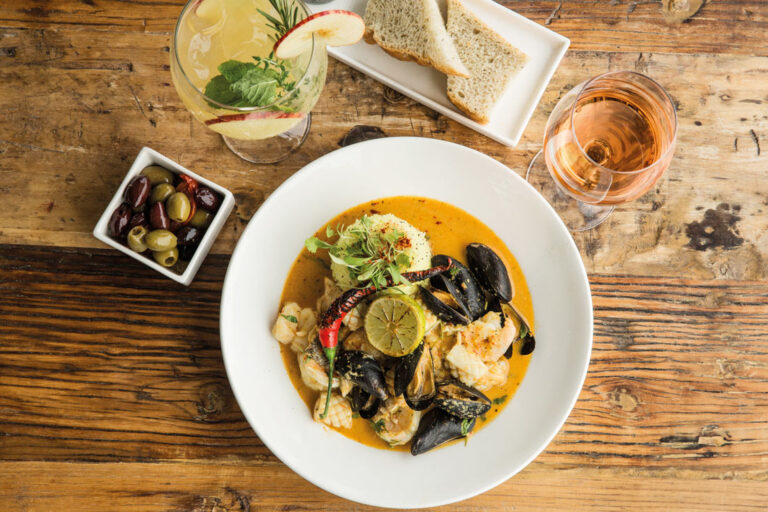